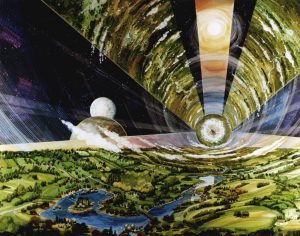 This is an edited version of a larger essay. Published in the first issue of Glass Bead’s journal Site 0: Castilia, The Game of Ends and Means, 2016. The larger essay was first delivered as a talk, part of What Hope Looks Like After Hope, Homeworks 7, Ashkal Alwan, Beirut, curated by Bassam El Baroni, November 2015. It was later presented as a talk at the conference Bots, Bodies and Beasts, curated in a session by Mohammed Salemy, at the Reitveld Academie, Amsterdam, Netherlands, April 8th 2016.

“A means by which a critical culture defines itself as such is for its art, architecture and artifacts to picture the human as a subject of history. This is to say that buildings, forms, images and experiences posit critique as a manifestation of self-consciousness where shapes, forms, and sounds articulate an explicit understanding and explanation of the forces that dominate the relations and values of society and the place of the human that is produced through them and by them. This mode of explanatory aesthetics identifies culture as an illuminating mirror of a human identity that is captured within and alienated by systems of its own making. But it also brings about a particular aesthetics of alienation. In short, this means that culture has indoctrinated the concept that subjectivity is a product of forces that are beyond any decisive power that might override them or change them, and furthermore, that recognizing this dilemma is the normative impulse to change that conditions our aspiration to seek autonomy from it, the result of which can only underscore law as habit. Within this bind of a pre-political nominalism—a subject crafted before itself—the figure of the self becomes the mark of the impossibility to determine ourselves as anything otherwise.”