Special Relationships and the Tyranny of Freedom 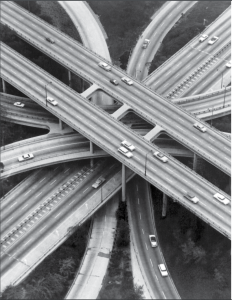 Paper presented for the College Art Association panel on the state of art criticism.

Art criticism has historically bought into the autonomy theory that there are distinct worlds between itself and art production, where accordingly, writing brings the artwork into being, into language, and into the sphere of ideological and economic value. In the latter half of the 20th century this correlation between writing and more conservative modes of power has been identified as the central problem of artistic critique and was the subject of a criticism’s labour. The October generation attests to this, where a new kind of deautomatised writing hoped to undermine the types of dominance that writing had claimed.

The legacy of this critique has meant that we now see art criticism caught within its own contradiction. In current artistic culture and in the University, writing on art is increasingly valued when it is exercised through art as a creative and performative endeavor – writing as a form of art; but is considered less valuable when it claims to do interpretative work that might come too dangerously close to ‘representationalist’ accounts of practice. A plethora of college courses that have moved writing away from commentary and towards ‘the expressive’ evidence this.

As such, writing criticism has now made itself at home in this world of guilt and shame, where often criticism’s most harsh critics are its own authors. It has purchased an image of itself as a form of special power that must be (self) destroyed, but at the same time it has bought into another self-image, that it is the weaker expression of material experience, because it can never be considered as art. The constraining fiction and perverse fantasy for such criticism is that its moral good and social value is based in achieving freedom from itself.

This short paper examines these fantasies of freedom and constraint that have been nurtured by art criticism and its critics and asks how we might think of the role of art criticism without the schematics of these ‘special relationships’. Can criticism overcome the dualisms of autonomy/embodiment, freedom/constraint, imagination/reason, and move towards a more complex and correct self-understanding of power as its material condition?