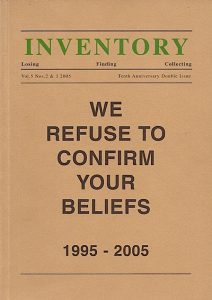 Published in Inventory, Vol. 5, No’s 2 &3, October 2005, pp.14-30 180 pages. This text follows two Heideggerian influenced narratives that can be seen to site violence as the locus for the experience of freedom. Jünger’s heroic realism perverts Heidegger’s metaphysical theory of language and produces an image of violence as an everyday experience for individual autonomy, whilst Terence Malick’s film, The Thin Red Line works to recreate the image of violence as a ubiquitous and metaphysical territory. Violence is the normative locale for subjective decision in both.