Last Rights: The Non-Tragic Image and the Law 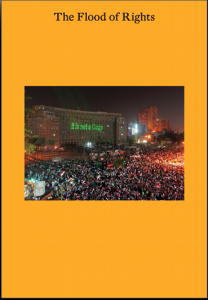 It is clear that theories and practices that determine the de-ontologized and open space of the contingent image as real, ultimately fail to understand the epistemological condition of images, as well as their political operation; namely, how images produce particular forms of regulatory power. It is in this determination of a real that is antithetical to the image where the dualisms of freedom and power, the real and the false, and openness and constraint are conjured and naturalized. In the face of this problem, what would it mean to take the image seriously without invoking these naive hierarchies of the image that seem to lead us to critical, cultural, and political roadblocks, and to do so without falling back into the normative terminus of hierarchies that determine what is called the real, administrative, and scientific image, and favor that over that which appears to be the mediated, allegorical, and representational image? Without a narrative of freedom, tragedy, constraint and finitude, would we end up in the space of an epistemological and moral anarchy?