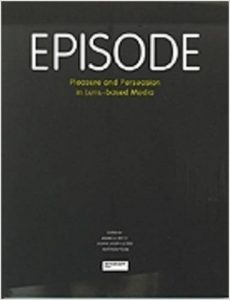 This long term project from the research group Curating Video (Beech, Poole and Joseph-Lester) produced  a book, symposia, touring exhibitions and a conference exploring how media-culture acts as an undeniable force in our lives. Its pervasive and pleasurable power has primarily been located in discourses on ‘spectacle’ and the persistent connections between technology and power in democracy. But when artworks can be seen to share the same experiential field as media-culture, both using and producing a media-culture, the question of how our experiences of it constitute the political is now imperative. The project asked; how do media-culture and artworks, and the spaces they inhabit, produce and reform the naturalised and assumed realities of everyday praxis? Curating Video presented a one-day conference on Friday 28th November 2008 at Tate Britain inviting nine speakers from the fields of visual arts, art history, cultural studies, media studies, philosophy, psychoanalysis and cultural studies to explore a new matrix of issues that have become crucial to the understanding of the affect of mediated images in our lives as a culmination to stage one of the research project. Rethinking the power of fact that images generate, this conference seeks to put forth new dialogues, strategies and propositions to explore what is now at stake for a politics of the mediated image.